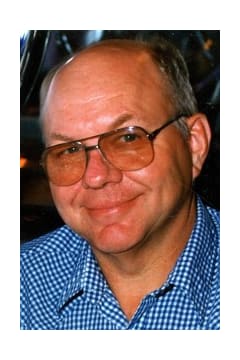 Elwin (Jerry) Leroy Ball, 74, of Houstonia passed away Saturday, August 31, 2019 at his home in Houstonia, MO. He was born in Douglas, Wyoming on March 13, 1945, the son of DeForest Ball and Doris (Novotny) Ball, who preceded him in death. On February 20, 1994 in Las Vegas, NV, he was united in marriage to Bonnie Sue Tuggle, who resides of the home.

Jerry was a 1963 graduate of Columbus Senior High School in Columbus, Nebraska. He served his country honorably in the United States Navy for six years during the Vietnam War. He later joined the Missouri Army National Guard where he served for ten years. He worked for Gardner-Denver 26 years and for Hayes-Lemmerz for 11 years. After retirement he drove a school bus for public school districts.

Jerry was a member of the Houstonia Baptist Church. Jerry enjoyed bowling, playing cards, watching sports, going square dancing, traveling and telling his famous ghost story. He was an avid Kansas City Royals and Chiefs fan, but his favorite team was the Nebraska Corn Huskers. Jerry had a great big smile and was a friend to many people.

Jerry will be missed, always a kind person with an everlasting smile.
- Don Warren