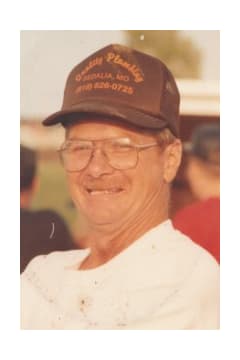 On April 3, 1965 in Green Ridge, he was united in marriage to Carolyn Easter, who survives of the home.

Deanie worked for the Sedalia Waste Water Management for 20 years retiring in 2005. After retirement he started driving cars for the Sedalia Auto Auction in La Monte. Deanie was an avid Dallas Cowboys and Mickey Mouse fan. He loved watching NASCAR. He enjoyed driving dirt track race cars since he was 15 years old. Deanie also enjoyed umpiring slow pitch mens and womens softball and coaching Khoury League softball. In his later years he was an avid A&E chanel watcher and especially love watching the "American Pickers" and "Live PD". Deanie's greatest love was spending time with his family and friends.

Besides his parents, he was preceded in death by two brothers in infancy, Thomas Harley Jett and Larry Wayne Jett; two sisters, Sandra G Beck and Mary Linda Jett; and one grandson, Daniel Lee O'Brien.

Burial will be at Green Ridge Cemetery. 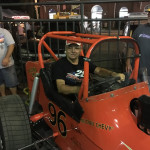 I am so very sorry for your loss. Prayers for you and your family.
- Tammy
Carolyn, We send our deepest sympathy in the loss of Deanne. Prayers for comfort and peace. Rusty and Kelly Durrill.
- Rusty Durrill
Michael, so very sorry for your loss. Hugs and prayers to the family.
- Jeff/Yvette Neas
My sincerest condolences and prayers to Carolyn and family. I worked with Deannie during his MoPac days, always enjoyed visiting with him at Casey's in Green Ridge while visiting the area.
- Don Warren
Shared some good times working with Deanie at the Auto Auction. He'll be missed. In sympathy and friendship, Billy D. Kuhns
- Billy D. Kuhns
I am so sorry for your families loss. May the memories in which you shared be of comfort to you and your family in the future.
- Linda Noble
My deepest condolence to your family.
- Helen Steele
So sorry for your loss. Thinking of your family with sympathy and love.
- Lisa Comfort
Deanie was good friends with my deceased brother , Lee Starkey and me. We always had a good time. He will be missed.
- Janet Anderson
So sorry to hear of the passing of Deannie. My sincerest condolences and prayers to family and friends.
- Michelle Wansing