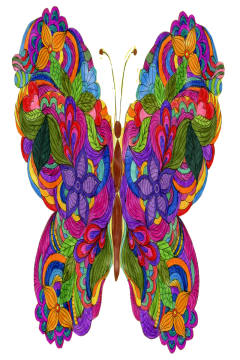 Edna Mae Jobe, 86, of Sedalia, MO passed away on Saturday, March 20, 2021, at Fair View Nursing Home in Sedalia. She was born on July 25, 1934, in Cabool, MO the daughter of Ollie F Southard and Ada Myrtle (McCall) Southard, who preceded her in death.

Edna retired from working at Wal-Mart in Wichita, KS. She came to Sedalia in June of 2017 to be close to her sister, Velma after suffering a stroke. Edna wasn't able to stay by herself and she needed medical care so she stayed at Fair View Nursing Home and her niece Sherry became guardian over her.

A graveside service and burial will be held at 11:00 a.m. Wednesday, March 24, 2021, at Crown Hill Cemetery with Rev. Jeremiah Greever officiating.

Memorial contributions may be made to St. Jude Children's Hospital in the care of Rea Funeral.

i really enjoyed seeing Edna at work,i had lunch with her on Monday after she invited me to eat with her, she was so happy and laughing all the time .i am gonna miss her so much
- mary iliff