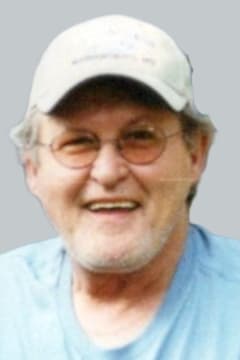 Eddie Ray Hursman, 69, of Sedalia, MO passed away Sunday, April 4, 2021, at Bothwell Regional Health Center in Sedalia. He was born on February 9, 1952, in Elmwood, MO the son of Walter L. Hursman and Margaret M. (Hayes) Hursman, who preceded him in death.

On August 26, 1989, in Sedalia, MO he was united in marriage to Virginia (Jenny) Mae Prall, who resides in the home.

In addition to his wife, he is survived by a son, Jimmy Hursman, and a daughter, Brandy (Hursman) Bryson both of Houstonia, from a previous marriage to Rose Cramer; a daughter, Leslie Stevenson (Brent) of Sedalia; six grandchildren, Shelby, Josh, Chaz, Danny, Alex (Taylor), and Jade; a great-grandson, Anthony; two brothers, Jerry Hursman of Sweet Springs, and Harold (Peewee) Hursman (Mary), of Higginsville; three, sisters, Rosie Garrison of Sedalia, Ruby Garrison (Larry) of Sweet Springs, and Shirley Burnett of Stover.

In addition to his parents he was preceded in death by four brothers, Dale, Alvin, Buford and Jimmy Hursman; a sister, Zelma Spease; and twin sons.

A Funeral service will be held at 6:00 p.m. Thursday, April 8, 2021, at Rea Funeral Chapel with Pastor Duane Brownfield officiating.

Memorial contributions are suggested to Sedalia Animal Shelter in the care of Rea Funeral Chapel.

I worked with Eddie at Walmart he was a great guy loved working with him he was always willing to help in any way he could he will be missed
- Sue
My heart and prayers are with the family, I worked with Eddie for yrs at Walmart, what a great spirit and personality, do anything for anyone. He will will be missed 💞💞
- Loretta
I'm so lost for words right now ....he was like my big brother iv know him for years ....a very good person would do anything for you ....he will be missed praying for family and R.I.P.you are loved
- Ruth hursman