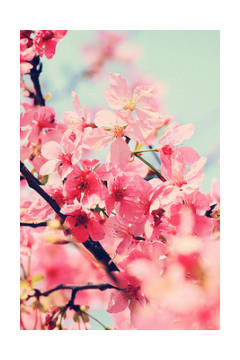 Jo Ann Lambirth passed away on Saturday, November 23, 2019 at Rest Haven in Sedalia, Missouri. She was born on July 27, 1926 in Sedalia, the daughter of George T. and Mildred Holtzen Connelly.

Jo Ann attended Sacred Heart Elementary School and graduated from Smith Cotton High School in 1944. She attended Central Business College until she went to work for the Sedalia Ration Bard. In 1947 she worked as secretary at Washington School. On April 14, 1947 she was united in marriage to Claude W. Lambirth and they were the parents of four boys. They started Lambirth Plumbing and Heating Co. and Jo Ann worked in the family business until her divorce from Claude in 1973. After that she worked for Bothwell Hospital and Medical Business until she retired in 1988. While the boys were growing up Jo Ann was active in PTA serving a president of Mark Twain PTA, the Sedalia Council, and as a district president over six counties. She was a Cub Scout Den Mother for twelve years and after that worked with the Boy Scouts. She also had a Girl Scout troop. She helped organize the Bothwell Hospital Auxiliary and served as its first president. A long time member of First Methodist Church she served as Sunday School teacher, Youth Adviser, on several committees, and was Treasurer for twelve years. She was active in United Methodist Women locally, in the district and also the state. Jo Ann was also active in Church Women United serving locally and also at the state level. She was awarded the Valiant Woman Award from CWU. She enjoyed cooking and helped plan and serve many meals for her church and also for Community Cafe. She was active in Open Door Ministries and served on their board for several years. She also enjoyed travel, especially the yearly canoe trip with her family in Minnesota and Canada.

She is survived by four sons, Harry Lambirth (Mary) of Blackduck, MN, Robert and David Lambirth of the home, and Jim Lambirth (Jean) of Jefferson City, MO; one grandson, Wesley; one granddaughter, Katy; a cousin, Barbara Scholl of Portland, OR; and several nieces, nephews, and cousins.

She was preceded in death by her parents and one sister and brother-in-law, Bob and Betty Atkins.

We are so sorry for your loss. Your family will be in our thoughts and prayers. If you need anything, please let us know. Sincerely, Aaron & Melissa Hunton & Family Game Zone Comics & Games
- Aaron Hunton
My sincere condolence to the Lambirth family. I spent many days enjoying scouting and camping that was graciously provided by both Mr. and Mrs. Lambirth. They were great people and raised a great family.
- Jim Huff