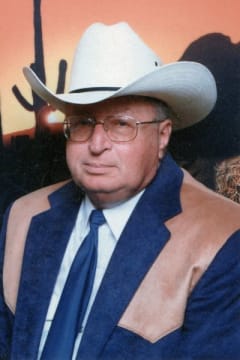 Donald Lee Pummill, 74, of Sedalia, MO passed away peacefully with family by his side on Monday, June 22, 2020 at his home. He was born on September 17, 1945 the son Ella "Brownie" Pummill, who preceded him in death.

Don was a life long resident of the Houstonia, Sweet Springs, Marshall and Sedalia area. He worked a a mechanic as a young man and at an Auto Body Shop in Houstonia until he entered the US Army. During his time in the service, Don was in Korea for 1 year and 12 days and was in the Department of Defense Division CoC 124th Bh 2d. On November 16, 1964, he received SP4 (P) E-4 and honorable discharge on November 29, 1964. He was in the reserves until November 29, 1968 in the USAR Control group (reinforcement) USAAC, St. Louis, MO. Don received a medal of marksmanship (Rifle) and Good Conduct Medal.

After his years of service in the US Army, he returned home and resumed his career as a mechanic. At age 50, he began his career as a security officer and served 15 years before retirement. He enjoyed traveling, fishing and hunting until he went blind. He was also a life long member of the American Legion. He supported the Boys Town of Nebraska, Shriners and the Blind Pension.

Besides his mother, he was preceded in death by a son, Paul Eugene Pummill; and two grandsons, Donald Eugene Brown and Shawn Micheal Pummill.

Funeral service will be held at 11:00 am, Monday, June 29, 2020 at Rea Funeral Chapel, Sedalia with Rev. Dan Hankins, officiating.

Family will receive friends one hour prior to service at the chapel.

Burial will be at Missouri Veterans Cemetery, Higginsville, MO.

Memorial donations are suggested to The Pension of the Blind, Shriners, or Boys Town of Nebraska in care of Rea Funeral Chapel.

As his barber I will miss this man. I have cut his hair for many 6yrs and was lucky enough to hear many of his stories. God speed my friend
- Barry Walter