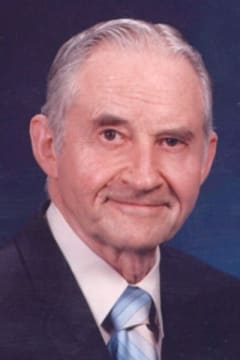 Donald Eugene Steen, 89, of Sedalia, passed away Tuesday, August 18, 2020, at Bothwell Regional Health Center in Sedalia. He was born on July 17, 1931, in Parsons, KS, the son of Mearl Bertrum Steen and Ann Francis Steen (formerly Mages), who preceded him in death.

Don graduated from Parsons High School and Parsons Junior College. He was then recruited into the United States Navy and was assigned to the U.S. Marines to serve as a corpsman in the Korean War. After leaving the military, he returned to college and graduated with a double degree from the University of Arkansas. He moved to Sedalia, MO, and worked as an insurance adjuster for a number of years. Later he would work in various positions in the financial industry, including vice-president of a local bank.

Don is survived by his sister, Linda Hill, from Cape Girardeau, MO; a son, Steven Steen (Etta) of Concordia, MO; and numerous grandchildren and great-grandchildren.

He is proceeded in death by his parents, Mearl and Ann Steen, his wife of 52 years, Janet (Ragar) Steen, and a daughter, Marjorie (Steen) Sipe.

Service will be live-streamed at https://www.facebook.com/RFCSEDALIA

Burial with full military honors will be at Memorial Park Cemetery.

Memorial contributions may be made to The Sedalia Symphony or Wesley United Methodist Church.

The family has requested that all guests wear a face mask or covering while attending services.

My prayers and sympathy to the family. Nice gentleman and good neighbors.
- Janet Proctor
Don was my clarinet partner in The Sedalia Symphony Orchestra and the Sedalia Concert Band for over 20 years! He had a quiet but fantastic sense of humor! He loved playing Big Band Music! He was just a real special guy! Our thoughts and prayers are with his family. Don and Kenda Maples
- Kenda Maples