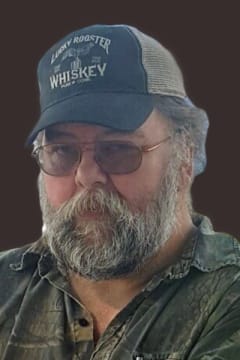 Donald D. Howard Jr., 56, of Sedalia, MO passed away Wednesday, December 23, 2020 at Bothwell Regional Health Center. He was born on May 10, 1964 in Jefferson City, MO the son of Donald D. Howard Sr. who resides in Sedalia and Maxine (Thompson) Howard, who preceded him in death.

Don worked as an over the road truck driver for many years. He enjoyed watching movies, caring for his pets and especially loved spending time with his family. Don had a big heart, he would do anything for his family and friends.

In addition to his father he is survived by a brother, Bill Howard of Sedalia: two sisters, Marcie Smith of Sedalia and Vickie Jacobs of Higginsville, MO.

In addition to his mother, he was preceded in death by a sister-in-law, Jayline Howard.

A Celebration of Life service will be announce at a later date.

Memorial contributions may be made to the American Diabetes Association in care of Rea Funeral Chapel, Sedalia.

I have lots of memories of cousin Donnie, my most favorite is when he tryed to teach my friends and I to play pool, (bunch of 15 year old s). Rest in peace cousin will always miss you
- Vickie moore
My wonderful cousin. You were always there for me & my kids before you went into nursing. I'm sorry I wasn't there for you as much as I should have been. You're an amazing man with a BIG heart of gold. I love you & you will be missed so much 💛💔
- Samantha Quick
Donnie was such a great guy. He was always there for me when I needed him, when he was able to be. I have alot of good memories of him when I was growing up. I have been praying for God to heal you for so long. Not how I had hoped. But, He finally did! Rest In Peace. And know that I love you, Donnie...so much. So Long~ LaCrista 💜
- LaCrista Barnett