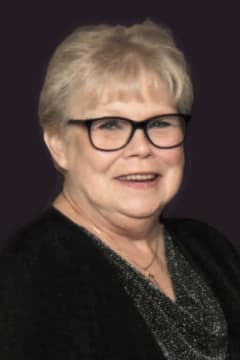 Dinah Lee Cooper, 70, of Sedalia, MO, passed away Friday, December 25, 2020 at Bothwell Regional Health Center. She was born on December 3, 1950 in Silverton, OR, the daughter of William and Virginia (Tubbs) Fisher, who preceded her in death.

Dinah was a member of Lifepointe Church. She was a homemaker for most of her life, and also worked seasonally at Inter-State Studios once her children were raised. Dinah enjoyed cooking and baking, trips to “the boat”, quilting, and winning pie contests. She also enjoyed her frequent trips to Oregon to see family, as well as camping and fishing. Dinah loved teaching her grandchildren to cook and bake, and treasured the time she got to spend with them.

In addition to her husband and parents, she was preceded in death by a daughter, Krystal Munsterman; two brothers, Bob Fisher and Jimmy Fisher; one sister, Donna Fisher; and her cousin and best friend, Joyce Dotson.

Due to the COVID19 pandemic, there will be a Celebration of Life and graveside service at a later date. Arrangements are under the direction of Rea Funeral Chapel of Sedalia.

Memorial contributions may be made to Lifepointe Church.

My condolences, thoughts and prayers to Dinah's family. May your precious memories of your parents and Krystal far outweigh and long outlive your sorrow.
- Carolyn Bauer