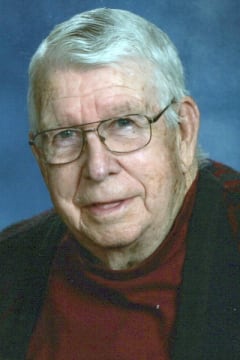 Dewey Marion Homan, 91, of Sedalia, MO passed away Friday, January 8, 2021 at Bothwell Regional Health Center. He was born on June 28, 1929 in Florence, MO the son of Edward Thomas Homan and Flora May (Sanders) Homan, who preceded him in death.

On December 20, 1953 in Sedalia, MO he married the love of his life, Mary Lou Wells, who resides of the home.

Dewey attended Otterville Schools graduating in 1947. He was drafted into the US Army and served two years during the Korean War in Okinawa, Japan. After being honorably discharged from the Army he joined his brother, Ted in ownership of Homan's Garage for over 40 years. Dewey was a 4-H leader and avid hunter, especially coon hunting with his good buddy, Boyd Massey. He enjoyed watching Mizzou basketball and listening to country music. Dewey also enjoyed taking care of his cattle and other livestock. He was a member of First United Methodist Church, where he served as a board member for many years.

Burial will be at Hickory Point Cemetery and a Celebration of Life will take place at a later date.

Many years ago Dewey and Ted came to rescue, my daughter and I from a car accident, the car was on its side and they helped us get out, we are forever grateful.
- Maxine wheeler