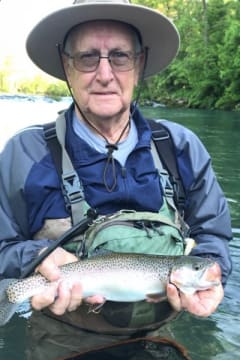 David Evard Lillard, 80, of Sedalia, MO passed away Monday, February 8, 2021 at St. Lukes Hospital in Kansas City, MO. He was born on March 30, 1940 in Williamstown, MO the son of Evard David Lillard and Esther (Wolfmeyer) Lillard, who preceded him in death.

On July 19, 1959 in Williamstown, MO he was united in marriage to Janet Boecker, who resides in the home.

David was a 1958 graduate of Williamstown High School. He was a long time member of Bethlehem Baptist Church where he served as Deacon and held an integral part in the new construction of the church. David stood true to his beliefs, God, Family, and Country. He worked for Ayers Oil Company as the Vice President of Financial Services and Corporate Treasurer for 19 years, retiring in 1978. After retiring he moved his family from Canton, MO to Cole Camp, MO. He began his farming career in Cole Camp and worked for Wilson Foods for 12 years. David later worked for Hayes Wheels in Sedalia retiring in 2000. David enjoyed remodeling on his rental properties and especially loved spending time with his family, going to all of his grandchildren's sporting events. He had a family tradition of taking his family to Bennett Springs, MO to camp and go fly fishing. David and Janet enjoyed their retirement together traveling across the United States, even if it was a small weekend get-a-way.

In addition to his parents, he was preceded in death by two brothers, Jerry and Donald Lillard; and a sister, Marjorie Redenius.

A Celebration of Life Service will be at 3:30 p.m. Saturday, February 20, 2021 at Bethlehem Baptist Church, Sedalia with Pastor Jason Kindle officiating. The family will receive friends beginning at 2:00 pm, until service time.

Honorary bearers will be his grandchildren and the Deacons of Bethlehem Baptist Church.

Memorial contributions may be made to Bethlehem Baptist Church.