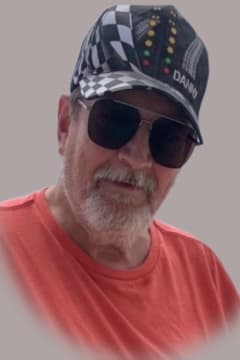 Danny Ray Routon, 66, of Sedalia, MO, passed away Wednesday, August 3, 2022, at Bothwell Regional Health Center in Sedalia. He was born on September 26, 1955, in Sedalia, the son of William George Routon and Vera Mae (Richardson) Routon, who preceded him in death.

On June 5, 1977, in Sedalia, MO, he was united in marriage to Susan Jane Bergmann, who resides in the home.

Danny was a member of St. Paul's Lutheran Church. He enjoyed playing pitch at Family Game Night. After 20 years, he retired from River Valley Animal Foods. Danny was a hardworking man who enjoyed hunting, fishing, drag-racing, rebuilding cars, and spending time with his grandkids. He was crazy about fast Chevy's and his old lady. He loved watching the San Francisco 49ers, and when his kids would cook Sunday dinners. Danny will be truly missed.

In addition to his parents, Danny was preceded in death by a brother, Ricky Routon.

Memorial contributions may be made to the family for Danny's grandchildren's college education fund in the care of Rea Funeral Chapel.