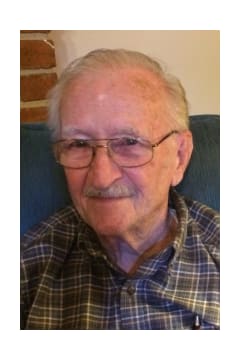 Chester Kenneth Schumaker, 94, of Sedalia, MO passed away Monday, September 2, 2019 at Bothwell Regional Health Center. He was born on September 8, 1924 in Dresden, MO the son of Ernest F. and Ruth M. (Cramer) Schumaker, who preceded him in death.

On June 8, 1946 at East Sedalia Baptist Church, in Sedalia, he was united in marriage to Wilma Maxine Esterline, who preceded him in death on June 28, 2019.

Kenneth was a long time member of Antioch Fellowship Church. He enjoyed fishing and gardening. He loved spending time with his family, especially with his grandchildren during the holidays.

Besides his parents and wife, he was preceded in death by his daughter, Donna North; and a sister, Virginia Payne.

A funeral service will be held at 11:00 a.m. Friday, September 6, 2019 at Rea Funeral Chapel with Rev. Steve Graff officiating.

The family will receive friends one hour prior to the service at the chapel. Friends may also call after 3:30 p.m. until 7:00 p.m. Thursday at the funeral chapel.

Memorial contributions may be made to Antioch Fellowship Church in care of Rea Funeral Chapel. 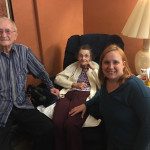 I feel honored to meet Maxine and you back in '80's. You both were grandparents role to me! You're one of the fewest respectable men I've known in my life! Thanks for all you've done. Miss you dearly!
- Lori Scanlan