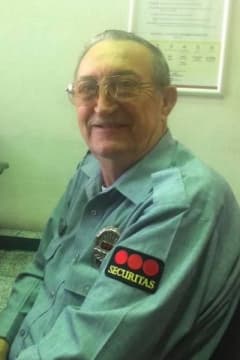 Charles R Miller, 80, of Sedalia, MO passed away Wednesday, July 22, 2020 at St. Luke's Hospital in Kansas City. He was born on February 22, 1940 in Marshall, MO the son of Russell and Evelyn (Johnson) Miller-Pointer, who preceded him in death.

Charles served his country honorably in the United States Air Force. He worked for the Pettis County Sheriff's Office as a deputy sheriff for 16 years, retiring in 1992. After his retirement, he started working for the Missouri Department of Corrections as a prison guard at The Church Farm and Missouri State Penitentiary.

He enjoyed cooking, fishing and telling "dad jokes". Charles had a great sense of humor and he never met a stranger.

In addition to his wife and parents, he was preceded death by a brother Larry Miller; and a grandson, Keygan Roberson.

Visitation will be one hour prior to service time at the chapel.

Burial will be at Crown Hill Cemetery, Sedalia, MO with full military honors by the United States Air Force and Sedalia VFW Post #2591

Memorial contributions may be made to the Missouri Sheriff's Association in care of Rea Funeral Chapel.

dad thank you for being there for us. u where allways the dad who could fix anything, if u couuldnt it could not bedone ! sorry for all the head aches we gave ! tell mom hi and for ever in our hearts !! love u xoxo
- debra schultz