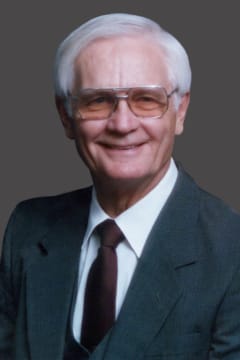 Cliff was a 1944 graduate of Pattonsburg High School in Trenton, MO. He served his country honorably in the United States Army Air Corp from 1944 until 1946 during WWII, where he was a member of the Pacific Theater. After his military career, he graduated with an A.A. degree from Kirksville State Teachers College. Cliff also graduated from Central Missouri State University with a B.S. degree in education and from the University of Missouri with a Master's degree in Education, E.D.S., and C.A.S. degrees. He later attended the Weaver School of Real Estate. His occupations over the years included teaching, coaching, administrative, and real estate broker.

Cliff was an all-conference basketball player in high school and college. He coached basketball from 1952 - 1969 with a record of 330 wins and 130 losses. He was a member of the Sedalia Moose Lodge #1494, Sedalia V.F.W. Post #2591, and Sedalia American Legion Post #642. Cliff was the co-founder and administrator of the Missouri Interstate Athletic Association in 1963 and served as the president from 1974 to 1976, and received the president's award in 1986. He received the Missouri Athletic Director of the year in 1974 and the State Department of Vocational Administrator Award in 1989. Cliff refereed high school and college basketball and football games. Along with his wife Bobbie, they owned rental properties, worked the State Fair Concessions, and raised standard breed trail horses and state champion walking horses. In addition, Cliff enjoyed playing golf, riding horses, casinos, traveling, and boating.

In addition to his wife and parents, he was preceded in death by his loving daughter, Suzanne Foster.

Inurnment will be at the Missouri Veterans Cemetery in Higginsville on Monday, June 27, 2022, at 3:00 pm, with military honors conducted by the United States Army and Sedalia V.F.W. Post #2591.

A celebration of life gathering of family and friends will be announced at a later date.

Arrangements are in the care of Rea Funeral Chapel, Sedalia.