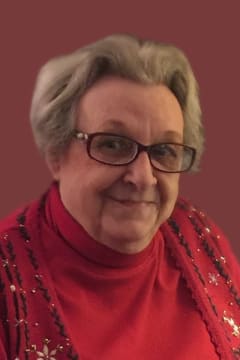 Carole Sue Deininger, 84, of Independence, MO passed away Tuesday, September 14, 2021 at The Villages at Jackson Creek in Independence. She was born on November 24, 1936 in Webb City, MO the daughter of Charles White and Myrtle Anne (Kay) White, who preceded her in death.

Carole previously lived in Tulsa, OK, Newton, KS, Emporia, KS and Sedalia, MO. She had been a paramedic, and police dispatcher and while in Sedalia she owned the Merle Norman store. Carole loved crafting and gardening.

In addition to her husband and parents she was preceded in death by two sons, Grant and Brent Phillips; a sister and seven brothers.

Burial will be at Highland Sacred Gardens, Sedalia, MO at a later date.

Memorial contributions are suggested to The American Lung Association in care of Rea Funeral Chapel.