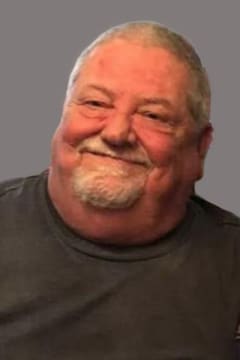 Buck Venable, 71, of Sedalia, MO passed away Tuesday, November 16, 2021, at Bothwell Regional Health Center, Sedalia. He was born on November 26, 1949, in Sedalia, the son of Jackson Riley Venable and Mary Ruth (Hart) Venable, who preceded him in death.

On January 25, 1968, in Sedalia, he was united in marriage to Angela Burkhead, who resides in the home. Following his marriage to Angela, the two would move to Amarillo, TX where they would begin to raise their family. First would come Jennifer Lynn, then Ruth Ann, and lastly Scott Allen.

Throughout the years, Buck would hold many jobs and even attended nursing school for some time. He worked hard to provide for his family and was known to sometimes have 2 or 3 or 4 jobs! He found his passion and calling in the public service sector when he began working for the Metropolitan Ambulance Service there in Amarillo. He formed lifelong friendships with many of those coworkers, as well as developing a desire to do good for his community and help others.

Buck and Angela would end up back in Missouri around 1981. He found work with the Sedalia Police Department for a short while, had a few private business ventures (many will remember the old go-kart track out on Anderson School Road), and finally ended up as a Jailer for the Pettis County Sheriff Department. He went on to become a dispatch officer, a road officer, a bailiff, and ultimately the Computer Systems Administrator for Pettis County. His law enforcement career spanned nearly 30 years. During that time he received multiple awards and was recognized for his efforts to revamp the Missouri MULES warrant system for Pettis County. He was also honored by Judge Barnes by having his image included on a panel featured in the Pettis County Courthouse along with the judge himself and various other prominent figures of that era.

Perhaps the only thing that meant more to Buck than his career was his family. For many years, he and Angela would host various family reunions and events at their home. The events were legendary and are still talked about to this day! Family history was important to Buck and it was always his desire that each generation knew who the previous generation was. Buck held a special bond with every one of his family members – both immediate and extended, and he genuinely loved every single one of them. He took great delight in seeing his children’s families grow and find success, as well as the families of his brothers and cousins! Being a grandparent was important to him as well and he loved to tease and torment them all!

His favorite activities through the years included golfing, hunting, fishing, camping, and family float trips. He also enjoyed traveling, whether it was driving down the East coast, cruising his Harley or his trike through the country sides, or just running down to Branson for the weekend. He was the master of navigation and seemed to know every road and every highway there ever was!

Buck’s legacy is the sense of family values that he instilled in all of us. He was fiercely loyal and passionate, yet strict and straightforward in his expectations of respect both earned AND given. He was full of sage advice, as well as a great listener. He was supportive and encouraging, and didn't take no for an answer. Mostly, he was loving. He loved to give, and he loved to receive.

If he were here today, he would want us all to remember the importance of being kind to one another, to not take life too seriously, and to never give up on our dreams.