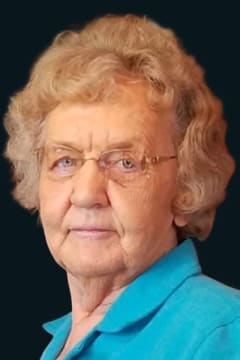 Bonnie L. Lemler, 79, of Smithton, MO passed away Monday, January 4, 2021 at her home. She was born on December 10, 1941 in Florence, MO the daughter of Earl Nolan Homan and Helen Augusta (Bremer) Homan, who preceded her in death.

On April 19, 1963 in Stover, MO she was united in marriage to Donald W. Lemler, who resides in the home.

Bonnie worked at Lamy's Manufacturing and the shoe factory in Tipton, MO. She also worked in the cafeteria at Smithton R-VI School and later retired from Clarkson Construction, where she worked in the field office. Bonnie loved spending time with her family, listening to country music, and going to Branson. She loved animals, especially cats.

In addition to her parents, she was preceded in death by a sister, Shirley Johnson; and a brother Ronald Homan.

There will be no services held at this time.

I'm so sorry to hear this. Praying for you to have strength and courage to make it through this difficult time. She was an amazing woman.
- Toni Sullivan
Donnie and family, We are so sorry to learn of your loss of Bonnie.
- Rhonda Carver
Wishing you peace and comfort during this difficult time. Please know you are in my thoughts and prayers. Jamie Daniel
- Jamie Daniel