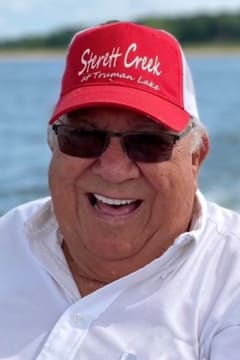 Bobbie Dean Barker, 85, of Warsaw, MO formerly of Sedalia, MO passed away Thursday, June 24, 2021, at University Hospital in Columbia, MO.  He was born on May 9, 1936 in Clinton, MO the son of Art Barker and Elsie (Knisely) Barker, who preceded him in death.

He enjoyed becoming a pilot and owned his own plane.  He stayed active in his yard, loved to hunt, fish, and enjoy the outdoors, especially on his boat.

In addition to his parents, he was preceded in death by two sons in infancy, Darrell and Dannie and two sisters, Lois Wynn and Dee Kriesler.

Burial will be at Memorial Park Cemetery at a later date.