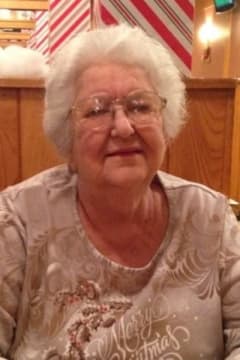 Beulah Mae Ehlers, 86, of Sedalia, MO passed away Thursday, July 30, 2020 at E.W. Thompson Health and Rehabilitation Center in Sedalia. She was born on May 11, 1934 in Cole Camp, MO the daughter of Wilbur and Amelia (Weinberg) Brockman, who preceded her in death.

She was a life long member of St. Paul's Lutheran Church. Beulah was a cook at St. Paul's Lutheran School for many years. She enjoyed baking and cooking for her large family at many family gatherings. Beulah especially loved the holiday seasons and took great joy in making them special for her children and grandchildren through the years.

In addition to her husband Marvin and her parents, she was preceded in death by three brothers.

A private family graveside service to be held at Memorial Park Cemetery.

In lieu of flowers memorial contributions may be made to St. Paul's Lutheran Church, Sedalia in care of Rea Funeral Chapel.

My sympathy and prayers to the family.
- Janet Proctor
Ehlers family, I am so sorry about hearing about your Mom passing away. Please know you all are in our prayers. I remember how it was so much fun to come over to your house and get together with you all, those were the good old days. Your Mom and Dad were wonderful friends to my Mom and Dad. My Dad still speaks of Marvin often. Please take care and May the Lord's Peaceful arms surround you all at this time.
- Rhonda Warnke
Donna, Debra, Karen and Ron. So sorry to hear of your mom's passing. She was a great lady and always enjoyed visiting with her. May you find strength and comfort from the words of our Lord "I will never leave you or forsake you". Love to you all.
- JoAnn Weinberg
Your family is in our thoughts and prayers. She was a special lady and will be missed. Bet there is a Brockman family reunion in heaven
- Marty Blaylock
I am so sorry for your loss. My thoughts and prayers are with you all.
- Debra Joy
Debbie - I am so sorry for your loss. May God comfort you and your family during this difficult time.
- Ashley Sleeper
Just wanted you say sorry to hear about the passing of your mom. I remember her from school. Thoughts and prayers to you all
- Mike Albin
Praying for you and your family. She is no longer suffering and I know that is a comfort for you. Love you
- Nancy Smith
so sorry for your loss. Prayers for strength in this time of need. Love each other and cherish each other.
- Barry Walter
Debra and family I'm so sorry to hear of your moms passing. But now she is in Heaven with your dad. In Jesus arms. No more pain or sorrow. Many prayers .Love you all.
- Karen beach