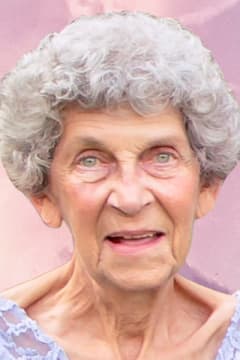 Betty L. (Hume) Smith, 91, of Sedalia, MO passed away Saturday, January 9, 2021 at Bothwell Regional Health Center. She was born on September 5, 1929 in Sedalia, MO the daughter of Henry B. Hume and Marie (Walje) Hume, who preceded her in death.

Betty was a lifelong caregiver of others and a dedicated wife, mother and grandmother. She remained a feisty, hardworking, independent woman up to her very last days. She worked full time at Walmart for 27 years. She was still climbing ladders and stocking shelves there until she retired at 83. Remarkably, she was also still mowing and maintaining several acres of grass at her home throughout the fall of 2020. Betty was known for her cookie, cake, and pie baking skills, and always had some ready for visitors. She will be greatly missed and fondly remembered by all who knew and loved her.

In addition to her husband and parents, she was preceded in death by three brothers, Millard, Eugene and Jack Hume; and a sister, Laneta Lower.

There will be no services held at this time.

It was a great pleasure to know and work with Betty. Her work ethics were an inspiration to many of us and she was a fun person to be with during the time we worked together. My sympathy to her family.
- Sandra Thaut
Betty was loved and admired by many from her Walmart family, her hard work ethic was hard to beat, love you Betty I will forever miss, love and admire you 💞💞
- Loretta Lucero
What a wonderful lady. Betty was so spunky. Made you laugh. Always had time to chat with you. Loved her leather hat she wore. R.I.P. my friend...
- Jeannette Neill