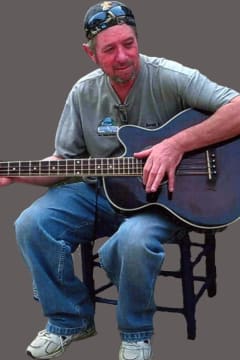 Bernard "Bernie" Nicholas Bierschbach, 64, of Sedalia, MO, passed Sunday away July 31, 2022, at Harry S. Truman Memorial Veteran's Hospital in Columbia, MO. He was born on December 3, 1957, in El Paso, TX, the son of Bernard Bierschbach and Martha Bierschbach (Ruybal), who preceded him in death.

Bernie was a very outgoing sportsman. He enjoyed going hunting and fishing. Bernie took college courses towards being a conservation ranger. Bernie served his country honorably in the United States Army. He was stationed in Germany during the Vietnam War. After his military service, he started his own business serving fish and chips. Bernie also helped on the family hog farm in Buffalo, MO. In 1982 he moved to Sedalia and started remodeling homes and doing carpentry work at the Lake Of The Ozarks. Bernie was involved with the Vietnam Vets of Pettis County when the Vietnam Veterans Memorial was installed at the Pettis County Courthouse. Bernie worked for the River Valley Animal Foods prior to retirement in 2012.

He was also preceded in death by three brothers, Alfred, William, and Gregory.

A celebration of life gathering of family and friends will be held 6:00 p.m. until 8:00 p.m. Monday, August 8, 2022 at Rea Funeral Chapel, Sedalia. Full military honors will be conducted at 6:00 p.m. by the Missouri Army National Guard and Sedalia VFW Post #2591.

Memorial contributions may be made to the 40 & 8 of Sedalia, in the care of Rea Funeral Chapel.