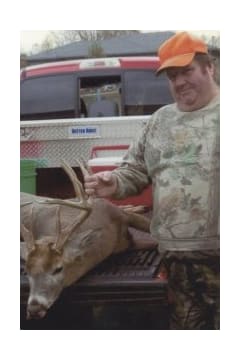 He was united in marriage to Mary Phillips, who survives of the home.

Benjamin loved the outdoors, especially hunting and fishing. He was proudly dedicated to his job at Con-Agra where he was employed for almost 45 years. He enjoyed gatherings with family and the many friends he made over the years. He was loved greatly and will be missed dearly.

He was proceeded in death by his father Howard Phillips, Jr.

A Celebration of Life will be held at a future date. Cremation arrangements are under the direction of Rea Funeral Chapel

My dad Rocky Mancell adored Ben and Bobby. He sends his regards and sympathy.
- Angie Harris