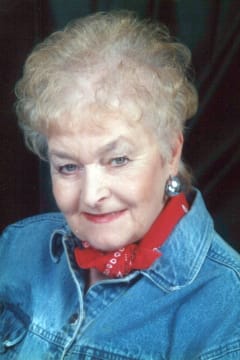 Anna Louise Petree, 87, of Sedalia, MO was called home to our Lord on Thursday, April 8, 2021, at her home surrounded by her loved ones. She was born on October 28, 1933, in Sedalia, the daughter of William and Sophia (Turpin) Colvin, who preceded her in death.

On March 6, 1954, at Broadway Presbyterian Church, Sedalia, she was united in marriage to Orval Petree, Sr., who preceded her in death on November 13, 1981.

Anna was first and foremost a mom and homemaker. She was a Home Interior Consultant, and a food service worker for the Sedalia #200 School District and Bothwell Regional Health Center. Anna owned and operated Ann's Cleaning Service in Sedalia. She enjoyed flower gardening, collecting magazines, going to the casinos and scratching lottery tickets. She loved going on daily cruises around Sedalia and listening to gospel and classic country music. Anna's true love, pride and joy were her children and family. She loved her Lord and Savior and she taught her children about putting God first in their life. Anna will be greatly missed and fondly remembered by all who knew and loved her.

Besides her parents, she is preceded in death by a son, Joseph Petree; two brothers, William Colvin and Aullnie Colvin; a sister-in-law, Martha Colvin.