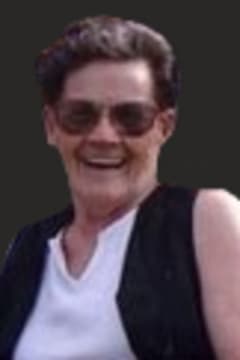 Alma Jean Blankenship, 79, of Sedalia, MO passed away Saturday, November 7, 2020 at her daughter's home in Nelson, MO. She was born on January 31, 1941 in Squire, WV the daughter of Edward "Bus" Franklin Riley and Geneva Lake (Conley) Riley, who preceded her in death.

On April 4, 1959 in Lebanon, VA she was united in marriage to Randall Theodore Blankenship, who resides in the home.

Alma was a member of Memorial Baptist Church in Nelson, MO. She was a 1958 graduate of Big Creek High School in War WV. She graduated from State Fair Community College Nursing Program in 1992 were she received her LPN associate degree. Alma worked for McGraw Eddison Manufacturing and J.A. Lamy's Manufacturing retiring in 1985. Alma enjoyed reading, gardening, canning, sewing, ceramics and loved all babies, especially her grand and great grand babies.

In addition to her parents she was preceded in death by a twin sister, Aletta Ely; a grandson, Matthew Blankenship; an aunt, Lena Harrison.

Burial will be at a later date in Union Cemetery, North East Pettis County on Highway N.

Honorary bearers will be grandchildren.

Memorial contributions may be made to Memorial Baptist Church.

The family would like to express their gratitude and appreciation to all friends, neighbors, and church family for all the love and support they have given.

I'm so sorry for the loss of Alma. You all are in my prayers! I remember when she dressed me up like Dolly Parton. My parents didn't even recognize me when we went to church party.
- Debora Martin
I feel so blessed to have known her. She always had a smile when I saw her. She was such a wonderful person. I'm so sorry for your family loss.
- Shelbie Holem
Losing a lifetime partner is so difficult! I always enjoyed seeing Alma and you - such pleasant people! She will be missed. May God give you comfort and strength during this time. Love for your family. Linda
- Linda Black
Alma was always such a pleasant lady. She always greeted everyone with open arms and a big smile. She will be missed. Randall and family you will be in my thoughts and prayers during this difficult time. Love from the family of Terry Lee Herald, Sr.
- Dianna Herald
Randle so very sorry for your loss may Alma rest in peace Bill & Toni Lakey
- Bill Lakey