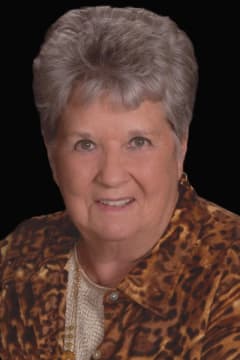 Alice L. Fairfax, 87, of Sedalia, MO, passed away Sunday, November 27, 2022, at Bothwell Regional Health Center in Sedalia. She was born on December 5, 1934, in Sedalia, the daughter of James Walter Rissler and Mary Lodelle (Williams) Rissler, who preceded her in death.

Alice was a 1952 graduate of Smith-Cotton High School and named the Smith-Cotton Activity Queen the same year. She graduated from State Fair Community College and attended Central Missouri State University. Alice was a member of the First United Methodist Church in Sedalia, where she served on the Board of Trustees. She was also a member of the Helen G. Steele Music Club. Alice was a Democratic Delegate to the 1976 and 1980 National Conventions and State Democratic Committee Delegate in 1972. Alice was appointed by U.S. Congressman Ike Skelton to serve on the USDA Missouri Farm Service Agency and the International Board of Women Involved in Farm Economics (WIFE). She received the 4-H Farm Family of the Year in 1960. Alice was a 4-H Club Leader and Chairperson of the Pettis County 4-H 500 program. She received the State 4-H Alumni award and was a State Democratic Committee Woman. She was a Missouri Affirmative Action Committee and Finance Committee Member in 1974. In 1975 she was on the University of Missouri Extension Advisory Council. Other organizations she was involved with were the State Advisory Council for Extension Member and Vice Chairman, Boonslick Regional Library Board member, State Democrat Party Finance Committee member, the County Campaign Chairman for Thomas F. Eagleton, and the State Compliance Committee for Presidential Election in 1976. Alice was the secretary for the Young Farmers Association, a Delegate to Missouri Governor's Conference on Library and Information Services in 1978, and was on the Rules Committee of the Democratic National Committee in 1976. Alice was a homemaker, farmer, and owner/broker of Broadway Reality, Sedalia. She enjoyed spending time with family, gardening, and quilting.

In addition to her husband and parents, Alice was preceded in death by two brothers, John Rissler and William Rissler, and a sister Mary Rundlett.

The burial will be at Crown Hill Cemetery, Sedalia, MO.

Memorial contributions may be made to First United Methodist Church in Sedalia, MO, in the care of Rea Funeral Chapel.