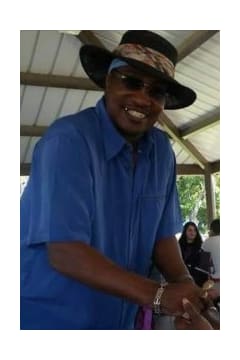 On February 13, 1976 in Sedalia, he was united in marriage to Betty A Hill, who resides of the home.

“Will” was born the 2nd of 8 siblings. He worked for the City of Sedalia for 33 years until he retired in 2016. Everyone who knew him knows he had a true passion for music. He came to every function dressed to impress wearing a suit, a tie, and a matching hat. He was the best dressed man in Pettis County and he always had a smile that would light up the room.

In addition to his wife Betty, he is survived by his son Glenn Shoemaker, Jr., and his siblings, Shirley Hill, Francis Hill, Calvin Marshall, Debbie Marshall, and Cleo Marshall. He is also survived by a host of nieces and nephews and by Rodney Scroggins, who is like a son.

In addition to his parents he was preceded in death by his brothers, Wayman Marshall and Robert Marshall.

A funeral service will be held at 11:00 a.m. Tuesday, June 11, 2019 at Rea Funeral Chapel with Reverend Cecil Jones officiating.

Burial will be at Crown Hill, Sedalia, MO.

Memorial contributions may be made to Burns Freewill Baptist Church for music equipment in care of Rea Funeral Chapel. 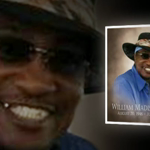 To the family of William Hill I send you my deepest condolences. Mr. Will Hill was an icon in the black community. He was someone I looked up to when it came to fashion. He taught me how to dress to impress whenever I went out. His Stacy Adam shoes matched his suits, his suits matched his ties and his hats matched everything. He was a kind, generous, pleasent man. Sometimes we would sit back and enjoy listening to music while enjoying a cigar or two. The man was a smooth operator, a pillar, and a legend in his own right. Will Hill will be greatly missed. He will always be the man, the myth, the legend, forever! George Darwin Finley Jr. Aka Gee
– George D. Finley
Words can not fully express the deep sadness I feel in your loss. My sincerest and heartfelt condolences to you and your family. I hope that the love of friends and family surrounds you with hope and encouragement. Please know that you do not face this alone. You are loved and cherished by the same ones that loved Uncle Will. He will be missed by all who had the pleasure of knowing him. He is a remarkable man, husband, father, uncle, and friend. Love You Aunt Betty.
– Maurio Jones
My deepest condolences to the family. Will was always smiling. I remember him fondly when he worked with my Dad. May the memories in which you shared be of comfort to you.
– Linda Noble