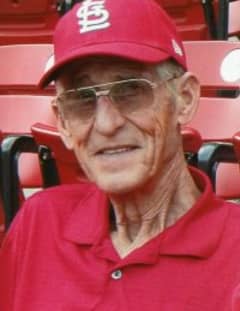 William (Bill) H. Ficken, 89, of Sedalia, MO passed away Tuesday, December 31, 2019 at Bothwell Regional Health Center in Sedalia. He was born on October 11, 1930 in Benton County, MO, the son of Henry William and Martha Christine (Anton) Ficken, who preceded him in death.

On November 17, 1957 in Lincoln, MO, Bill was united in marriage to Thelma M. Gordy, who survives of the home.

Bill was a faithful member of St. Paul’s Lutheran Church in Sedalia where he served on numerous boards. He was baptized on November 2, 1930 and confirmed on April 2, 1944 at Immanuel Lutheran Church, Lincoln, MO. He was a self employed row crop and cattle farmer all of his life and worked for Pittsburgh Corning, retiring after 36 years. Bill was President of the Pittsburgh Corning Glass Workers Union for 24 years. He served his country honorably in the United States Air Force, from March of 1952 until February 24, 1956, during the Korean Conflict.

Bill enjoyed spending time with his family, especially his grandchildren and great grandchildren. He loved working on the farm and was an avid Missouri sports fan. He was his children’s 4-H beef leader for a number of years and enjoyed going to the MO State Fair. Bill loved going fishing on the lake with his family and going to tractor pulls and car races. At the age of 80, he discovered a passion for pulling his own antique John Deere tractor.

In addition to his wife Thelma, he is survived by a son, Mark Ficken (Connie) of Blue Springs, MO; a daughter, Debbie Brown (Chris) of Sedalia; seven grandchildren, Ashley, Troy, Amanda, Brittany, Dustin, Kyleigh, and Lucas; 14 great grandchildren; a sister, LuAnna Shively of Columbia, MO; and a daughter-in-law, Shayla Ficken of Sedalia.

In addition to his parents he was preceded in death by a son, William “Billy” Ficken; and three brothers, John, Curtis and Harvey Ficken.