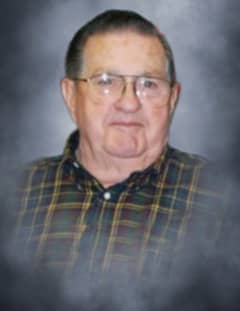 William (Bill) Clinton Campbell, 90, of Sedalia passed away December 23, 2019 at Lincoln Community Care Center in Lincoln, MO. He was born on January 31, 1929 in Pettis County, MO the son of Stirley Ray and Mable Louise (Butcher) Campbell, who preceded him in death.

Bill was co-owner and cook of Bill’s Cafe in Green Ridge from 1964 until 1976. Prior to opening the cafe, he worked as a carpenter, milk delivery man, and a car wholesaler. Bill enjoyed fishing being outside in their garden and flowers, pulling endless weeds, and being outdoors on his patio admiring his yard. He especially loved watching their grandchildren and great grandchildren play. He lived all of his life in the Green Ridge area.

In addition to his wife and parents, he was preceded in death by a brother, Gilbert Campbell and a sister, Erma Alderman, a grandson, James Smith, and a niece Carla Henderson.

A graveside service for Bill and Marcella will be held at a later date in Memorial Park Cemetery.

Memorial contributions may be made to the Sedalia Rod and Gun Club.

Please share a condolence, photo or memory of William (Bill). We welcome all condolences that are positive and uplifting that will help family and friends heal.