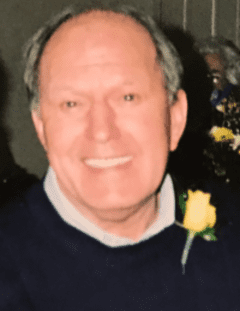 Thomas T.C. Bernard, 82, of Lebanon passed away Friday, February 21, 2020 at Mercy Hospital in Springfield, MO. He was born on June 11, 1937 in Bay City, MI the son of Howard and Irene (Picardy) Bernard, who preceded him in death.

On March 2, 1957 in Sedalia, MO he was united in marriage to Edna Viola Hall, who resides of the home.

He was a member of Sacred Heart Catholic Church. He worked for Lamy’s Manufacturing for over 25 years until retirement. He served his country honorably in the United States Air Force stationed at Whiteman Air Force Base. He was an active volunteer for the Bennett Springs Fire Department. Thomas enjoyed going fishing, hunting, camping, traveling and going to casinos. But most of all he loved his wife, being a papa, and playing with his grandbabies.

In addition to his wife Edna, survivors include a son Mike Bernard (Cheryl Griffin) of Sedalia; two grandchildren, Jessica and Shane (Laura); three great grandbabies, Charlee, Liam, and Hunter; a brother, Robert Bernard (Arlene) of Midland, MI; a sister, Jane Curler (Larry) of Sanford, MI; and many nieces and nephews.

In addition to his parents, he was preceded in death by two brothers, Richard and Russell Bernard.

A prayer service will be held at 7:00 p.m. Friday, February 28, 2020 at Rea Funeral Chapel with Father Joe Corel officiating.

The family will receive from 5:30 p.m. until service time at the chapel.

Burial will be at Calvary Cemetery at a later date.

Memorial contributions may be made to St. Jude’s Childrens Hospital in care of Rea Funeral Chapel.

Sorry for your loss. Tom was one of the good ones. He will be missed by everyone at Bennett Spring.
– Randy Cannon
Please accept my deepest sympathy and heartfelt thoughts. May, the comfort of friends and family be your strength now and in the days ahead. Paul A. Weaver Bennett Spring, MO.
– Paul A. Weaver
Sorry for your loss. Tom will be missed here at Weavers. Prayers for Edna and the family
– Carol Harper
Sorry mike
– MarkStockstill