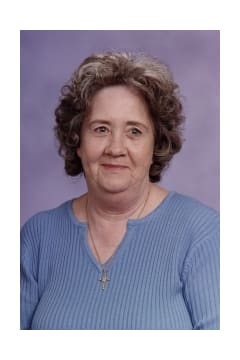 Shirley Jean Jacobson, 83, of Sedalia passed away July 6, 2019 at Sylvia G. Thompson Residence Center in Sedalia, MO. She was born on December 6, 1935 in Richmond, MO the daughter of Russell and Janie (Dolphin) Bunch, who preceded her in death.

Shirley worked for Missions Plastics in Martin City, MO until she retired in 1998. She was an avid reader, enjoyed going fishing, crocheting, collecting humming birds, and spending time with her family, especially with her grandchildren.

In addition to her husband and parents, she was preceded in death by two brothers, Raymond Bunch and Jack Bunch.

Memorial contributions may be made to the Disabled Veterans Association in care of Rea Funeral Chapel.

Grandma, I love you so very much. I’ll miss you every day. I hope you’re Dancing in the sky, i hope there’s a million flowers and hummingbirds. Thank you for loving me and helping raise me. Love, Shanna
– Shanna