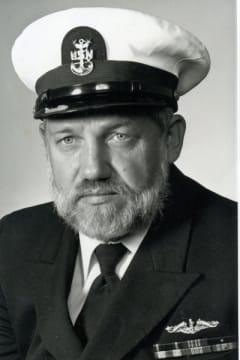 Riley Ed was born March 6, 1940, the sixth child of John Riley Ransdell and Mabel Elizabeth (Busker) Ransdell. On May 12, 1962 he was united in marriage to Constance Patsy Gore, who preceded him in death on May 19, 2017.

Riley Ed enlisted in the U.S Navy in 1958 and had a very successful career as a U.S. Navy Sailor until he retired on February 29, 1984. After retirement from the Navy, he returned to Sedalia and received a Bachelor of Science and Education and a Masters of Science from University of Central Missouri. He taught at State Fair Community College and Marshall High School for 12 years.

Riley loved playing golf, he was the happiest when he was surrounded by his children, grandchildren and great grandchildren.

Memorial Service will be held at 7:00 pm Wednesday, May 6, 2020 at Rea Funeral Chapel, Sedalia. Visitation will be one hour prior to service time.

In lieu of flowers, contributions in his honor can be made to the Center for Human Services in care of Rea Funeral Chapel. 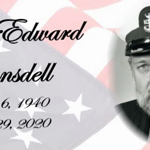 Riley were stationed together off and on in the Navy air craft carriers and Submarines since 1958…both of us were Navy Radioman, crypto repair in the old, cold War Navy…he visited Melody and I, for a few days a couple years ago in Wyoming. Great visit…you are going to be missed, Brother..hugs and prayers to You and yours…
– John McCalla