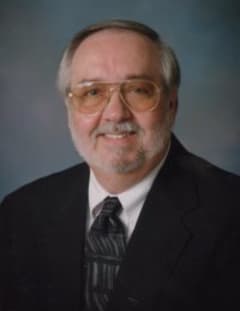 Richard Allen Shillcutt, 75, of Sedalia, MO passed away Thursday, September 19, 2019 at Missouri Veterans Home in Warrensburg. He was born on August 23, 1944 in Springfield, MO the son of Richard B. and Ruth (Holler) Shillcutt, who preceded him in death.

Richard was a car enthusiast. He especially loved Corvetts. He enjoyed attending car shows and going to the casinos. He enjoyed Royals baseball and everything KU. Richard served as the administrator at Four Seasons Living Center for over twenty years. He truly loved working with the elderly. He was a member of the Sedalia Lion’s Club, the Sedalia Rotary Club, The Sedalia PT Cruiser Club, and the ’55, ’56, ’57 Chevy Club. He served his country honorably in the United States Air Force during Vietnam.

Besides his parents, he was preceded in death by his sister, Joyce Hall.

Memorial contributions may be made to the Sedalia Senior Center in care of Rea Funeral Chapel. 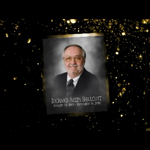 Richard you will be missed, he taught us a lot of us good work values . Richard myself and my husband rode motorcycles lots. I’m glad I got to visit with you and talk about all the things we did and meeting your sister and her family.
– Deb kleine
Richard you will be missed by so many of us. We all have had our ups and downs but you did teach us a lesson or two. I am glad we got to visit for awhile. rip Richard!
– jennifer
Great guy, met RICHARD through business and became good friends. RIP MY FRIEND
– Mike McCutchen
He was an amazing man and he will be missed. I was with Richard his last few days and he knew Jesus. He is now home with the Lord….
– Misti