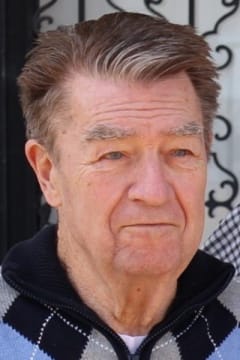 On May 25, 1962 in Sedalia, he was united in marriage to Kathryn M. Kindle, who resides of the home.

Corbett was a graduate of Smith-Cotton High School and received his Bachelors degree from Burean Bible College. He was ordained through the Southern Baptist Harmony Association and licensed through the Assembly of God. Corbett worked at Western Electric/AT&T where he held positions of Sargent of Arms, Alliance Coordinator for Local C.W.A 63 and went on to retire in 1997 after 31 years of service. He also worked as a lighting technician in Nashville, TN and was proud to have toured with Barbara Mandrell, Willie Nelson, Meryl Haggard, Crystal Gayle and Loretta Lynn. During the Christmas season, he worked with Faith Hill, Martina McBride, Peter Frampton and Shania Twian. During the summers in Nashville, he assisted with the Opry-Land Plaza Party. Moving back home in 2002, he opened Sedalia Statuary and Martin Rentals. He served as the pastor at Bethlehem Baptist Church until he retired in 2017.

Funeral service will be held at 2:00 p.m. Thursday, May 14, 2020 at Bethlehem Baptist Church with Pastor Jason Kindle officiating.

In lieu of flowers memorial contributions are suggested to Bethlehem Baptist Church or the Sedalia Community Cafe in care of Rea Funeral Chapel.