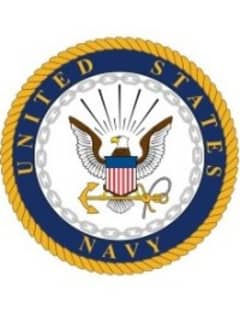 Finished with Engines. After a long illness Raymond J. Morrison passed on in the afternoon of August 18, 2019. He is dearly missed. Dad was born on May 20, 1937. He loved to learn and would evolve as a person over the course of his entire life. Sedalia was his childhood home. A teacher, Miss Gray, instilled a love of history in dad and he became a voracious reader. He spent his senior year at Smith Cotton in the Naval Reserve and then went into active duty in the US Navy at age 18. As a teenager, he found a love that would last a lifetime. In the spring of 1956, he married Freda Darlene Smith. They would raise five boys together. He rose quickly in rank as a hospital corpsman during his naval career finishing his service as a Chief Petty Officer. He retired from the Navy and became a college kid at age 38. He worked night jobs and attended classes during the day. He earned two university degrees and began a second career in industrial safety that took his family South and then to the West. He and mom returned to Missouri when he took a position as a safety director at the University of Missouri. After retirement, mom and dad continued to live in Columbia.

Dad was easy with laughter and enjoyed the hijinks that ensue when you cram five boys into one house. He made his wife and family his top priority. He was a man of his word and showed all of us what it means to live honorably. Dad was humble and would not like us to heap praise on him then or now. He took the hard lessons and pain of his childhood and turned them into kindness and empathy as an adult. He made his kids feel important and rooted us all in the idea that other people matter. Dad was the guy in the store who was markedly polite but quick with a quip to make an employee smile. He would step back and let you or a stranger enter a room or aisle first. He never pretended about anything and spoke about things in their proper terms, a habit that drained all the humor out of bodily functions and made him sound super serious and somewhat official. Dad loved to converse and explore ideas. He was clear in expressing his opinions but he would willingly listen to your beliefs too. Dad always said, “It takes a lot of different people to make the world go round.” Here we mark the passing of one of the special ones. He gave us a lot.

The family expresses appreciation to Melisa Crews and Debbie Lastinger of Preferred Hospice in Columbia for the kindness and comfort shown to Raymond over the course of his illness. In lieu of floral arrangements, donations may be made to Preferred Hospice 1900 North Providence Road, Columbia, Missouri 65202.

Ray was a wonderful grandfather to my 2 children, Emma and Owen. He was nothing but kind and encouraging to me when I was a part of his family. I still remember the Pink Pig adventure stories he wrote them to ignite their imagination and delight their senses.
– Jill Smith
My brother-in-law was an honorable man and I loved him as a brother. He has been part of my life for 63 years since I was 11 years old. You learn a lot about a person during that many years and I learned that Ray kept his word, was respectful and kind to everyone, was very protective of his little sis (me), and being an only child, Freda’s family became his family. He wii he missed and his memory will be cherished. Love you Ray. I love you my precious sister and pray God’s comfort on you and the boys.
– Judy Schroder
I will always remember how sweet he was and how he talked about my smith nose and my curls. He always seemed so big to me and he loved my Aunt Freda very much. Good man, job well done.
– Melissa Smith