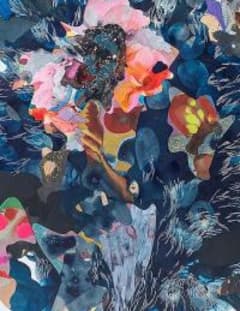 Patricia Annette Roberts, 63, of Sedalia, MO, passed away Monday, September 30, 2019 at EW Thompson Health and Rehabilitation Center. She was born on August 6, 1956, in Sedalia, the daughter of Raymond Pirtle, who preceded her in death, and Flossie (Templeton) Pirtle, who survives of Sedalia.

She was united in marriage to Frank Roberts, who preceded her in death.

Patricia enjoyed cooking, sewing, art, and spending time with her grandchildren and family.

Besides her mother, she is survived by two daughters, Jennifer Snow (Chris) of Oklahoma City, OK, and Sarah Roberts Alexander of Lajita, TX; three sisters, Judy Imhauser of Sedalia, Sandi Pirtle of Pea Ridge, AR, and Donna Wischmeier of Lincoln, MO; two grandchildren, Grant and Harper Snow, both of Oklahoma City; and many nieces and nephews.

A private family memorial will be held at a later date. Memorial contributions may be made to the Daum Museum of Contemporary Art in care of Rea Funeral Chapel, Sedalia, MO.

I am so Blessed to have been friends with Patricia in High School. Although we all went our separate ways after graduation we would always catch up at the Class Reunions. I am glad I got to see her one more time even though it was 5 years ago, she was as beautiful as ever! Happy Trails Pat!
– Angela Gorden
To the family of Patricia…! I’m so sorry for your loss. I went to highschool with “Pat” as we called her. I had art classes and study hall with her and also art classes in junior college… She had a smile for everyone and a great sense of humour. She was very popular and no wonder…because she had a great personality. She passed away much to young. It just doesn’t seem that highschool was that long ago. She with be in my prayers and thoughts and your family also through this tough time.
– Steve Weller