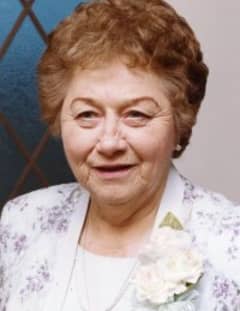 Ola Nadine Klein, 92, of Sedalia, MO, passed away Monday, September 30, 2019, at Fair View Nursing Home in Sedalia. She was born on August 24, 1927, in La Monte, MO, the daughter of Thomas Homer and Myrl Josephine (Poynter) Kindle.

On June 30, 1945, in Warrensburg, MO, she was united in marriage to Martin J. Klein, with whom she shared fifty-two years of love.

Nadine was a strong-willed woman who dedicated her life to her family, friends and anyone who needed help and love. She loved cooking. She loved making breakfast and lunch every day for the boys, and anyone else who walked through the door. She was famous for her German Chocolate cake and her coconut cream pies, which were sold at auctions for several hundred dollars. She was employed at many restaurants throughout her life, including the Old Missouri Homestead, the original Country Club of Sedalia, Maxine’s Gourmet House and The Homeplace. She was head honcho at the Youth Building on the Missouri State Fair grounds for over thirty years. She catered numerous events at the Tiki House.

Nadine loved sneaking off to the boat to gamble with whoever would take her. She loved going to garage sales with her sisters-in-law. Nadine was proud to be a member of the Kindle and Klein families, making her related to almost everyone in town. She was a member of St. Patrick’s church.

A funeral service will be held at 10:00 a.m. Friday, October 4, 2019, at Rea Funeral Chapel with Rev. Jason Kindle officiating.

Burial will be at La Monte Cemetery.

Memorial contributions may be made to place a memorial at the Missouri State Fairgrounds. 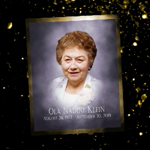 The expression of words are the hardiest to comfort the huurt in ones heart at this untimely passing of a family icon. May peace and happiness find your family
– Michelle Wansing
My sympathy to the family.
– janet proctor