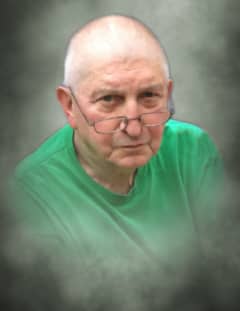 On November 24, 1982 in Altamonte Springs, FL, he was united in marriage to Rebecca Dickson, who resides at the home.

Gene served his country honorably in the United States Air Force for 21 years, retiring in 1983. He worked as an NTAC Engineer for Sprint Telephone Co. for 22 years. Gene enjoyed working on lawn tractors and trucks. He also enjoyed working in his gardens and spending time with his friends. Gene was a generous guy and was known for his very dry sense of humor.

Besides his wife, survivors include two sons Garrett, Shannon, and a daughter Sadedra; eight grandchildren and one great grandson.

In addition to his parents, he was preceded in death by a brother, George Slaughter.

A celebration of life will be held at a later date.

Memorial contributions are suggested to the American Cancer Society in care of Rea Funeral Chapel.

Please share a condolence, photo or memory of Nathan. We welcome all condolences that are positive and uplifting that will help family and friends heal.