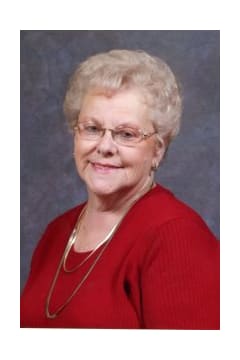 Mary Lou Countryman, 82, of Sedalia, MO passed away Friday, July 5, 2019 at Sylvia G. Thompson Residence Home, Sedalia. She was born on February 11, 1937 in Sedalia, the daughter of Charles and Anna Mae (Pummel) Dirck, who preceded her in death.

Mary met Rodney D. Coutryman, Sr at Liberty Park Roller Rink in Sedalia. They began dating and on April 1, 1956, in Sedalia, they were united in marriage.

She enjoyed attending car shows, going to yard sales, singing with her daughter Agnes, crocheting, dancing, and playing games with her family. Mary and her husband Rodney won numerous awards dancing on skates. She was a shoe model at Town and Country Shoes where she worked for many years. She especially loved going on Sunday drives, caring for her cat Buddy-Bird Angel, and spending time with her grandchildren. Mary enjoyed reading her Bible and was a member of New Salem Baptist Church in Marshall Junction.

Besides her parents and husband, she was preceded in death by four sisters, Betty Peters, Joyce Lewis, Charlene Dirck, and Judy Fricke.

Funeral services will be held at 10:00 am, Friday, July 12, 2019 at New Salem Baptist Church in Marshall Junction, MO with Rev. Bill Cook and Rev. Randy May, officiating.

Visitation will be one hour prior to service time at the church.

Burial will be at Highland Sacred Gardens, Sedalia, MO.

Memorial contributions may be made to the family in care of Rea Funeral Chapel Sedalia, MO.