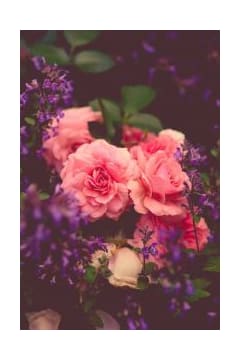 Marian Yvonne Forbes, 84, of Sedalia, MO, passed away peacefully on Sunday, June 2, 2019 at St. Luke’s East Hospital in Lee’s Summit, MO. She was born on February 16, 1935 in Florence, MO, the daughter of Fredrick Carl and Alma Bottcher Bretall, who preceded her in death.

Marian was baptized September 1, 1940 with four of her siblings at Saint John’s Evangelical Reformed Church in Florence, MO.

On January 5, 1955 in Sedalia, MO, she was united in marriage to Lloyd George Forbes, who survives of the home.

In addition to her husband she is survived by three sons, Bill Forbes of Sedalia, Dan Forbes, of Smithton, and Steve Forbes of Warrensburg; a daughter Nancy Parker and her husband Robert of Sedalia; four grandsons, Brandon, Quinten, Noah, and Jacob; a granddaughter, Megan; two sisters, Joan Fallis of McPherson, KS, and Rhoda Moore (Dave) of Sedalia; two brothers, Bill Bretall (Judy) of Springfield, MO, and Bob Bretall (Sandy) of Aurora, CO; a host of loving nieces and nephews.

In addition to her parents she was preceded in death by three siblings, Carl Bretall, Jean Leechi, and Frances Burkhalter.

Marian’s wishes were to have no services.

In lieu of flowers and plants, Marian’s wishes were to have memorial contributions be made to the Marian Forbes scholarship fund at Whittier High School in care of Rea Funeral Chapel.

Please share a condolence, photo or memory of Marian. We welcome all condolences that are positive and uplifting that will help family and friends heal.