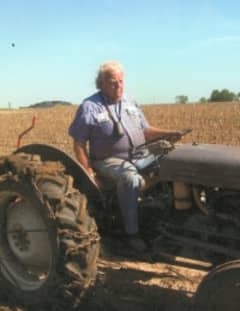 Lyle Wendell McMullin, 78, of Sedalia, MO passed away Thursday, March 5, 2020 at his home. He will be remembered as a son, brother, father, grandfather and friend to all who knew him.

He was born on June 12, 1942 in Sedalia, MO to his parents, Lewis Frank McMullin and Nina (Rutherford) McMullin, who preceded him in death. He grew up in a loving family with three brothers and three sisters on a farm near Smithton, MO.

After graduating high school, Lyle served in the U.S. Army for four years. Upon return to the United States, he worked for Howard Construction (Sedalia, MO), building bridges in St. Joseph, MO where he met and married Kathleen G. (Horn) McMullin in 1967. They resided in Sedalia where they were blessed with two daughters, Angela G. (McMullin) Rush and April D. McMullin.

Lyle made a career for himself as a self-contractor and enjoyed being a member of the Model A Car Club.
Besides his parents, Lyle was preceded in death by three sisters, Nina Delores Cantwell, LaVera Fisher, and Alda Steele; one brother, Glenn Franklin McMullin, and his grandson, Alec Rush.

Lyle will be missed by his daughters, Angela Rush (Todd) of Lee’s Summit, MO and April McMullin of Sedalia; grandson, Anthony Rush of Orlando, FL; brothers, Wayne McMullin and Daryle McMullin (Lynda), both of Sedalia; and many nieces, nephews, and friends.

Visitation will be from one hour prior to service time at Rea Funeral Chapel.

Burial will be at Smithton Cemetery, Smithton, MO with full military honors rendered by the US Army Honors Team and VFW Post 2591.

Memorial contributions may be made to the charity of choice in care of Rea Funeral Chapel.

Please share a condolence, photo or memory of Lyle. We welcome all condolences that are positive and uplifting that will help family and friends heal.