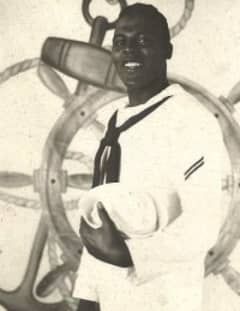 Lester DeFrance Boggs, 89, of Sedalia, MO passed away Tuesday, August 20, 2019 at Bothwell Regional Health Center. He was born on September 6, 1929 in Sedalia the son of Wallace and Edith (Williams) Boggs, who preceded him in death.

On May14, 1950 in Sedalia he was united in marriage to Valeria Louise Carter, who preceded him in death.

He was an avid hunter and fisherman. He thoroughly enjoyed all sports, especially football and boxing. He loved singing and made several recordings. He enjoyed impersonating Larry Graham singing “One In A Million.” He worked for Missouri Pacific Railroad in the shops and also for Meadow Gold for many years. He served his country honorably in the US Navy during the Korean Conflict. He was affectionately called Pops by many around Sedalia.

The family will receive friends one hour prior to the service at church.

Burial will be in Crown Hill Cemetery, Sedalia.

Honorary bearers will be his children.

Memorial contributions may be made to Burns Chapel Free Will Baptist Church, Sedalia in care of Rea Funeral Chapel.

The family would like to express their sincere gratitude for the many acts of kindness given during their time of bereavement.

My sympathy goes out to the family. I know its hard. Prayers up that you find strength and peace as you move forward
– Arvella Arnwine
My deepest sympathies to Colleen & Darren and the Boggs Family.
– Judy Poole
Dear Boggs Clan, my sincerest sympathy and prayers to you all. May the Lord hold him in the palm of His hand, eternally. Pam McGrath
– Pam McGrath