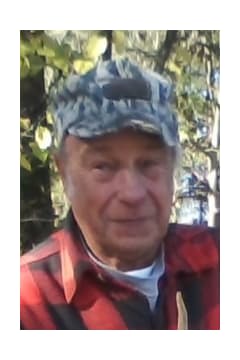 On January 7, 1967 in Sedalia he was united in marriage to Dinah Fisher, who survives of the home.

Larry was a member of Lifepointe Church. He worked as an auto body technician for Town & Country Motors for over 40 years, retiring in 2014. Larry enjoyed going fishing, hunting, camping, metal detecting, watching NASCAR, and working in his garden. Larry loved teaching his children and grandkids how to fish and hunt. He especially loved the time he got to spend with them.

Besides his parents, he was preceded in death by a daughter, Krystal Munsterman; one brother, Gary Dean Cooper; and three sisters, Brenda Lou Cooper-English, Debbie Lee Tubbs, and Tracy J. Closser

A memorial service will be held at 6:00 p.m. Friday, March 13, 2020 at Lifepointe Church located at 2921 W. Broadway, Sedalia, with Pastor Rusty Thomas officiating.

Memorial contributions may be made to Lifepointe Church in care of Rea Funeral Chapel, Sedalia.

Thinking of your family during this hard time. Coop was a great guy! I got the privilege of working with him at Town and Country body shop when I was fresh out of body shop school. He was like my mentor in a way, always willing to help and teach me his old school tricks. I will never forget his laugh, as we shared many. Rest easy my friend!
– Ed Andrews
So very sorry for your loss it’s so hard to lose someone you love just to let you know thinking of you and your family love and hugs to you and your family
– Pat fisher