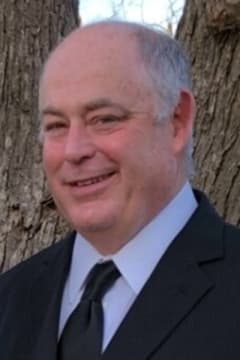 On September 23, 1995, in Sedalia, MO he was united in marriage to Carrie Lynn Hayes, who resides of the home.

Kevin was a member of Christ and Trinity Lutheran Church where he was baptized and served the Church faithfully including the Church council. He worked for the Green Ridge R-VIII School District. Before working for the school district, he worked for the Center for Human Services in Sedalia. Kevin enjoyed coaching softball, mushroom hunting, and other outdoor activities. He especially loved spending time with his girls, family, and many close friends. Above all, Kevin was a devoted husband, dad, and son. He was a simple and humble man, who loved his country music. Kevin will be fondly remembered and deeply missed by all who knew and loved him.

In addition to his wife and mother, he is survived by two daughters, Matilyn Hayes and Miley Hayes both of the home; a sister, Robin Paul (Darin) of Boonville, MO; his mother-in-law, Connie Harms (David Eckhoff) of Cole Camp; grandmother, Louise Harms, of Sedalia; along with nieces and nephews.

In addition to his father, he was preceded in death by his father-in-law, Kent Harms; and maternal grandparents, Gordon and Mabel Baslee.

Funeral service will be held at 1:00 p.m. Wednesday, April 29, 2020, at Christ and Trinity Lutheran Church with Pastor Anne Kyle officiating.

Memorial contributions are suggested to the family for his girls’ college fund, The Green Ridge Recreation Organization, or Christ & Trinity Lutheran Church (ELCA) in care of Rea Funeral Chapel.

**Due to the pandemic the funeral service will be broadcast live on Facebook, Brad Rea (Rea Funeral Chapel) page and via FM transmitter radio in the church parking lot.

Kevin was a favorite part of my childhood. He was the cousin closest to my age, and our families spent a lot of time together. I have such happy memories of family gatherings, summers getting ice cream or going swimming, and spending time with Kevin at our grandparents’ house. Kevin had the biggest heart and a way with words to let people know how much they meant to him. I only wish I had the words to say how much he meant to me. Any time I would come across someone and realized they also knew Kevin, I was always so proud to say, “Oh, yes, that’s my cousin.” We would go on to talk about what a great family Kevin and Carrie and their girls are. Kevin, our family will not be the same without you, yet our love for you will always go on.
– Amie DeFord
Carrie, Matilynn, Miley, and Sharon, We always enjoyed seeing Kevin. He had a great sense of humor. He was a good man. May God give you peace. Denny and Pam Smethers
– Denny Smethers
Kevin was a good guy he always loved to laugh and smile and sing in church he loved his music and praying to the lord his savior he will be missed very much pete fromm
– Pete
I am devastated to see this happen with Kevin. my heart goes out to Carrie and the girls, Connie, Louise. He was such a kind person.. he will be greatly missed by family and all who knew him. Terrible loss for his family.Bev R.
– Beverly Reedy
So sorry for your loss. Thoughts and prayers for the family.
– Cerita Stewart
Kevin was a good friend of mine when I worked for CHS, he was a great guy, he was really good with the people we served and always wore a smile. He will be greatly missed by all who knew him. Prayers for Carrie and the girls !! He loved you so much, and talked about you all often.
– Tina Ramey
Kevin and I were the best of friends throughout our school days 3rd grade on up, we rode the bus together, as we got into our teenage years we hung around a lot together at games, tractor pulls, and just hanging around Greenridge. We could talk to each other about anything and everything and make each other laugh when were sad and at times make each other mad. He even talked to me about you carrie when you first met and what he should do I told him “ask her out already”, Carrie I am so sorry for your loss but hold on to the gold memories, I know I will, I will always remember kevin as the best friend I ever knew. Praying for you and the girls,
– samantha twyman
Kevin had a smile on his face most of the time. He was an inspiration to most. Prayers go out to his family. Especially his girls.
– Thaddeus Cox
I was fortunate enough to work with Kevin, his wife Carrie, and his mother, Sharon. Each of them are kind and caring people. My heart breaks for all those left behind. Kevin was a good man and was much admired and held in high esteem. My prayers are with his family. I am so very sorry for your loss.
– Pam Warren
Kevin always had a smile to share. When he came in to Caseys, he would tell me that he thought my yard looked so nice. He will definitely leave a hole in this community. My prayers of comfort to his dear family.
– Kathy Dove
Kevin was an amazing person and was an encouragement to many people young and old! My daughter played softball with his oldest daughter and she learned a lot from them. She just mentioned the other day how is it that people can raise children and there is no anger. Kevin had done this with his girls. He will be missed by many but his legacy of caring will go on forever! Prayers for all the family!!
– Sunni Johnson
I’m so sorry for your loss. He was a great man with a smile on his face every time I seen him. I pray for your family and friends.
– Ryan Paxton
I am so sorry for your loss. Prayers for family, friends and the community of Green Ridge.
– Kristina Blakely