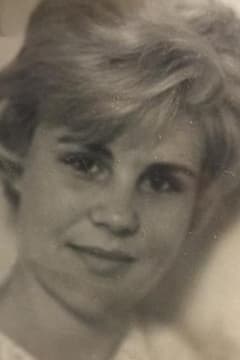 Kay McCutcheon Harris, 83, of Sedalia passed away Sunday, April 12, 2020 at Sylvia G. Thompson Residence Center.  She was born on January 18, 1937 in Marshall, MO the daughter of Thomas Eugene and Florence Edith (Laboube) McCutcheon, who preceded her in death. On March 17, 1964 she was united in marriage to Robert Rogers Harris, who preceded her in death on August 12, 2018, after fifty-four years of marriage.

After earning a Bachelor’s Degree in History and Masters in Library Science she started her career as a Marine Corps Librarian in Okinawa Japan and stateside worked as a Librarian for the Travis AFB School system all while raising children. She was very involved in the Teachers Union and held several offices. Kay enjoyed attending her children’s, grandchildren’s, and great grandchildren’s sporting events and performances. Her hobbies were outdoor activities, sporting events, travel, gardening, and crafts.  She was a superfan of Shakespearen theater and Star Trek conventions.

Burial will be at Sacramento Valley National Cemetery, Dixon, CA.

Memorial contributions may be made to the National Wildlife Federation in care of Rea Funeral Chapel, Sedalia.

Honor the life of Kay Harris

Please share a condolence, photo or memory of Kay. We welcome all condolences that are positive and uplifting that will help family and friends heal.