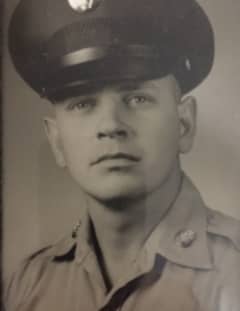 John Phillip Higgins, beloved son, devoted husband, and dedicated father, 76, of Lincoln, MO passed away peacefully on Monday, December 23, 2019 at his home. He was born on January 11, 1943 in Sedalia, MO the son of Amon and Lucy Francis (Thompson) Higgins, who preceded him in death.

On November 3, 2003 in Sedalia, he was united in marriage to Karen Denise Nolen, who survives of the home.

John was a long-time member of the Sunnyside Methodist Church, Lincoln, MO, where he was baptized. He attended grammar school in Warsaw, MO and was a 1961 graduate of Warsaw High School. He served his country honorably in the United States Army during the Vietnam War September 20, 1966 to September 19, 1968 from where he served with distinction during the Tet Offensive. John continued his service as a life-time member of Lincoln VFW Post 5925. Following his military service, he began a career with Tri-State Motor Transit Company as an over the road truck driver. After more than 38 years of dedicated service and countless miles driven, he retired with Ditzfeld Transfer Incorporated.

The family will receive friends one hour prior to service time at the funeral chapel.

Burial will be at Missouri Veterans Cemetery at Higginsville, MO with full military honors conducted by Sedalia VFW Post 2591 and the Missouri Army National Guard.

Memorial contributions may be made to St. Jude’s or to the American Cancer Society in care of Rea Funeral Chapel.

Good neighbor are hard to find, John was a great one, always a wave ,a smile and time to visit. thoughts and prayers Bette Montemayor & Sons Jake & Kyle
– Bette
Dear stepfather as you departed life today just remember that i may not see u with my eyes but i have u in my heart .Thank you for stepping in my life and giving your love and caring life to me when you didnt have to and thank you for being there for me when i needed help. I will miss you alot .. Love always kelly
– Kelly Worthley