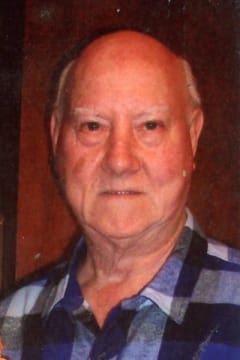 John L. Brandkamp, 77, of Sedalia passed away Sunday, May 10, 2020 at Bothwell Regional Health Center, Sedalia. He was born on February 16, 1943 in Hughesville, MO the son of Ben and Nellie (Schlons) Brandkamp, who preceded him in death.

On June 14, 1964 in Hughesville, MO he was united in marriage to Patricia Heuerman, who survives of the home.

John started working at Wheel In-Drive In as a teenager and never missed a day of work. He was still there as owner/operator of the business when they closed their doors. He enjoyed visiting with all his customers and friends. John was an avid fan of NASCAR, and had many favorites through the years. He loved his family and was always available to help when needed. John never met a stranger and was loved and respected by many.

Graveside service and burial will be held at 11:30 a.m. Thursday, May 14, 2020, at Crown Hill Cemetery with Pastor Jeremy Freeman officiating.

Memorial contributions may be made to the Canon Cancer Center in care of Rea Funeral Chapel.

My deepest sympathy to the family
– Linda Boyer