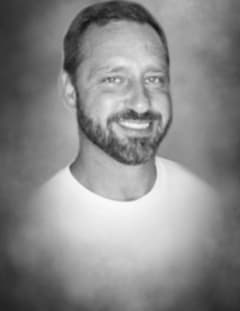 Jeffrey Glenn Shipley, 54, of Sedalia passed away March 19, 2020 surrounded by his family. He was born on March 23, 1965 in San Bernardino, CA the son of Robert Glendon Shipley and Cheryl Ann (Oliver) Brown.

On July 12, 1985 in Sedalia, he was united in marriage to Diane Harrison, who resides in Sedalia.

Jeff was a devoted, son, father, grandfather, and friend. He faithfully practiced unconditional love and never knew a stranger or passed judgment on anyone. Jeff enjoyed going canoeing, camping, going to the beach, skiing, and especially loved spending time with his family and friends.

In addition to his mother Cheryl Brown and her husband Dave, he is survived by two children, daughter, Paige Shipley (Corey Wendel) of Arizona and son, Jordan Shipley (Victoria) of Florida; and the light of his life, his granddaughter, Layne Jeffrey; a sister Darci Shipley of Sedalia; two brothers, Craig Shipley (Dulce) of Texas and Glen Shipley of Texas; many many nephews and nieces; numerous aunts, uncles, and cousins; as well as his faithful puppy dog, Legend-ARY.

A private celebration of life service will be held on Monday, March 23, 2020 at Rea Funeral Chapel.

In lieu of flowers memorial contributions may be made to the family in care of the funeral chapel. 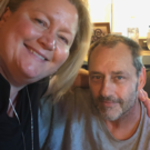 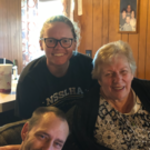 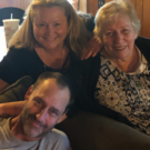 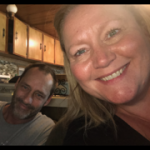 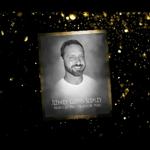 My prayers are with the families. My sincere sympathy
– Janet Proctor
So sorry for your loss. Jeff will be remembered by me for his humble and caring heart.
– Sharon Quigley
I wish to send my condolences to the family. Jeff was a very kind and humble person with a caring heart.
– Sharon Quigley
I am so sorry for Jeff’s passing. It was hard to watch such a vibrant caring soul suffer through this illness. Jeff had a love for life and everyone that he encountered. His greatest love was reserved for his family. I pray that Jeff will be welcomed with that same love as he enters heaven.
– David Fall
Sorry for your loss.
– Jim Myers
My cousin, always such a kind and gentle person whom I shared so many great times and laughs with and will hold close in my memories and heart forever. Jeff could make me laugh so hard and I still do when I remember the goofy faces and dances he would come up with when we were younger. I love you and will miss you so much! Love always and forever! Angela To our family, I love you and am so sorry. I pray that the Lord’s peace and love will comfort you.
– Angela Smith
My thoughts and prayers are with the family at this time. Jeff was a special person who will be missed.
– Rose McMullin
Jeff and I worked together for years at Mo. Pressed Metals. He was a very kind soul. My thoughts and prayers are with his family and friends. RIP Jeff
– Connie Teeter
Jeff was a definite light in this life! He always had a smile on his face, and that laugh! You’d be talking to him, and he would laugh…. And that thing he did with this eyebrows!! Lol! Jeff did NOT know a stranger and was one of those great guys. Diane, Paige, and Jordon….. I’m so sorry for your loss. There are no words to express my condolences to you! I guess, I just always held out hope that he would be able to beat this. I know he was tired and in pain…. At least he’s at peace…. Heaven has Jeff’s quirky sense of humor up there now…. Fly high Jeff!
– Lisa Bryant
Diane, I so sorry! Heartfelt sympathy for you and your family.
– Linda Fisher
Jordan Paige and the rest of the family: So sorry to hear of Jeff’s passing. You are in our thoughts and prayers. Hang on to the memories you have. We hope you find peace knowing he is no longer in pain. Randy, Gale, Ragin, Conner, and Kylee Dillon
– Gale Dillon
Megan and I would like to send our thoughts and condolences to the Shipley Family in this time of loss. We were privileged to get to know him the last few years. Rest easy and may your Family be brought peace during this time.
– Carl Hodgkinson
Sorry to hear of your loss. My deepest sympathies to the family.
– Diana Steele
We were neighbors in high school…will miss his smile but we all have good memories of him!
– Jennie Guerrini