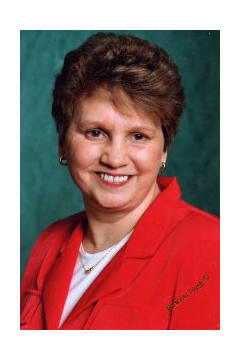 Janet Rose Kresse, 73, of Sedalia passed away Wednesday, July 10, 2019 at Bothwell Regional Health Center in Sedalia, MO. She was born on March 25, 1946 in Kansas City, MO the daughter of Floyd W. and Rosalie (Dillard) Shane, who preceded her in death.

On December 12, 1969 in Sedalia, MO. she was united in marriage to James E Kresse, who survives of the home.

Janet was a 1964 graduate of Hughesville High School. She worked at the Pettis County Recorder’s office from 1976 until she retired in 2010 as the Recorder of Deeds. Janet loved going to all events and activities in support of her grandchildren. She enjoyed shopping, especially on QVC, and spending good quality time with her family.

In addition to her husband, she is survived by two daughters, Lori Kramer and Kimberly Nusser (Jeffrey); a son, Steven Kresse all of Sedalia; eight grandchildren; four great grandchildren; two sisters, Carol Ann Dodd and Jeanne Chapman (Dale); a brother, Michael Shane (Mary Lou) all of Sedalia; a sister-in-law, Marilyn Owens (Keith) of Springfield, MO; and several nieces and nephews.

A memorial service will be held at 1:00 p.m. Monday, July, 15, 2019 at Rea Funeral Chapel with Pastor Tim Whitmore officiating.

The family will receive friends from 11:00 a.m. until service time at the chapel.

Memorial contributions may be made to the Danville High School Music Boosters in care of Rea Funeral Chapel.

I am so sorry to hear of Janet’s passing. She was a sweet friendly woman. She was always kind to me. May you feel Jesus’ comfort at this sad time
– Marilyn Bahner
Jim, So sorry for your loss. Looks like you are surrounded by a loving family. Mike Salmon
– Mike Salmon
Janet was a sweet and gentle person who showered love on family and friends. I am so thankful Kassie had her in her life! Janet was so happy to see Kassie receive her master’s degree this May. We pray that Janet’s family feels the love and comfort of our Lord Jesus Christ in this time of sorrow! Love, Lisa and John Bivona
– Lisa Bivona
Our sympathy to Jim and family. You are in our thoughts and prayers!
– Don Alexander
Jim and family. I’m so sorry for your loss. Prayers for all of you.
– Janet Clark