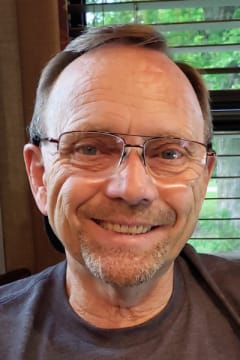 James Francis Rea Jr, 67, passed away May 14, 2020 at his home in Otterville, MO. He was born on January 31, 1953 in Inglewood, California the son of James Francis Rea Sr who preceded him in death and Jane Ann Rea, who resides in Priest River, ID.

On August 19, 1972 in Lancaster, CA he was united in marriage to his high school sweetheart Deborah J. Platts, who resides in their home.

Jim was a 1971 graduate of Quartz Hill High School in California where he was the captain of the football team. After marriage, he and his wife moved to northern Idaho to start a family. Jim was an entrepreneur of many trades including a logging business, construction business, restaurants, and marine service and sales. He also enjoyed building and competing in multiple classes of outboard racing boats. In May of 1989, Jim and family moved to southern Nevada to escape the cold winters and start a snack food distribution company while continuing the marine service, sales, and wholesale distribution businesses. There he enjoyed many backyard barbecues by the pool with his family and spent numerous weekends camping on Lake Mead. After their children left the nest, Jim and Debbie designed and built their dream home in Littlefield, AZ while he managed Tracker Marine at the Bass Pro Shops in Las Vegas. Shortly after, they opened a General Store that quickly became the hub of their small, rural community. In May of 2013 they moved to Brandon, MS to help care for their grandchildren where Jim began his career at Nucor Steel. His passion for logging circled back in Mississippi when he and Bruce purchased roughly 33 acres of property and a sawmill. Nucor built a new facility in Sedalia, MO and requested Jim’s transfer to help setup shop. At that time, Jim finally purchased the truck of his dreams, a full size, long bed, Chevy Silverado High Country in cajun red, which of course is capable of hauling 4’ x 8’ sheets of plywood with the tailgate up! Jim, Debbie, Bruce, and family moved to Otterville, MO, just outside of Sedalia, where they purchased a beautiful 38-acre property together. Between both properties they have many toys including the sawmill, several four-wheelers, a tractor, and motorcycles. Throughout his years, Jim has made many close friends and developed relationships across the country that will withstand the test of time.

In addition to his father, he was preceded in death by his son, Christian David Rea, and his grandson, James Francis Rea, IV.

A Celebration of Life will be held at their property in Otterville. Casual attire is suggested with comfortable footwear for outdoor, uneven terrain. 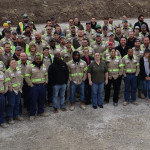 Debbie and Bruce Cheryl and I will miss Jim and will pray for you and your family. I had the pleasure of working with Jim at Nucor’s MRO warehouse in Jackson, MS. Even though he relocated to Missouri; I feel his presence in Jackson as we continue to try and emulate his service to others mentality and style. I learned a lot about customer service as Jim supported so many different personalities & teammates teaching me what it meant. He would go out of his way to make sure everyone had their parts when needed. Jim’s dedication was unmatched even to the point of stopping by the counter a few days for a couple of hours during his vacation – he said to check in – I say he wanted to make sure we kept in-line was he was out! So many memories that will not be forgotten.
– Scott Yetter
Over the past year, Jim and I worked closely together here at Nucor Steel Sedalia to stay on the same page with my PO’s and Jim receiving. He was always caring, such a hard worker and a treasure. He would say “What’s your name Amber?” I would say “Amber” and he would come back with “Did you actually answer that?” We talked about chickens and bees, trees and other nature, construction, and family. He said earlier this year on his birthday that he already enjoyed retirement with his wife in the past traveling for a couple of years and now he planned on continuing to work and enjoyed it. He also sure loved those grandbabies! I know he is in a better place and my heart goes out to his wife, Bruce and all his family. He will be greatly missed around here.
– Amber Lockney
Jim was a man of integrity and values. We spent a lot of time together in the warehouse at Jackson. I am proud to have thought of him as a friend.
– Edward Russell
I had the pleasure of meeting Jim when I started at Nucor in 2018. I ended up taking his position at the warehouse when he transferred to Sadalia. In the short amount of time that he trained me, he showed his passion and love he had for his family and grand kids which he talked about all the time. He will be greatly missed by his family and also his Nucor famly. Prayers and God Bless you during this difficult time.
– Keith Kesting
I worked Side by Side with one of the Greats for 5 years and he will always and forever be in my heart, some of my best memories of Jim will always be when i would turn on some music in the warehouse and he would attempt to do some fancy new dance moves to show that he still could “cut a rug” or telling some of his Football stories from high school and him running with the football and the center on his team catches him and tells him to run faster… I could go on an on about my friend but i will leave it at that. I hope the family is doing well and my prayers are with you all.
– Rueben Jones
I could definitely see Jim as captain of the football team – he’s a natural leader. The world is definitely a sadder place without his smile to light the way. I can’t recall a time he wasn’t smiling every time I saw him at the mill. To say Jim is missed would be an understatement. I pray his family is comforted in the fact that they are joined by so many at the sadness of our loss. Fair Winds and Following Seas, my friend.
– Wiltz Cutrer